Why I am Never Asked to Give a Commencement Speech 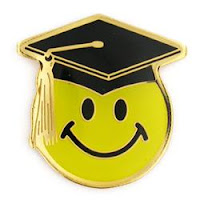 Short of having the President of the United States or Jay Leno deliver the commencement address at your university or college, I would put money on the fact that few graduates can tell you who did give the speech, let alone what they said.

In a faux commencement address by Woody Allen he wrote “More than at any other time in history, humanity is at a crossroads: one path leads to despair and utter hopelessness; the other, to total extinction. Let us pray we have the wisdom to choose correctly.”

Just before I graduated from the University of Miami in 1955 the dean of the graduate school suggested I continue on to secure a master’s and, after that, a doctor of philosophy degree. My only thought at the time was to escape any and all classrooms for the rest of my life!

The U.S. Army accommodated me right after I graduated by inviting me to join its ranks. Well, "invitation" is not exactly the way it was phrased. It turned out to be a far better education than I might have gotten anywhere else.

My term of service was extended thanks to Fidel Castro and Nikita Krushchev who thought it was a dandy idea to install missiles in Cuba. John F. Kennedy disagreed. I waited patiently while they all changed their underwear and I was ultimately allowed to go home.

I have never been asked to give a commencement address. In retrospect I realize now why I was also not asked to do a long list of other things, but I have wondered on occasion what I would say to an audience of students and their exhausted, penniless parents.

My speech might begin with, “Guess what? You’re screwed. Other than the days of the Great Depression, I cannot think of a worse time to be thrust out into the world; your newly minted diploma in one hand and your loan papers in the other. Look to your left. Only one of you is going to find gainful employment that even vaguely resembles what you studied to do, if you find any work at all.”

I was spectacularly unprepared for any useful job so naturally I became a journalist.

Back to the speech, “Your parents have invested their hopes and dreams in you—probably somewhere between $50,000 and $100,000. They actually do expect you to get a job and move out. That is not likely to happen. The least you can do is to try to be helpful around the house, but neither of your parents believes this will happen.”

“Earlier generations could aspire to do great things, but your generation and those being born as I speak, can only aspire to pay off your portion of the national debt. You are graduating into a nation whose debt actually exceeds its annual Gross Domestic Product. Now that’s historic!”

As a nation we owe more than the combined value of all the goods and services we sell. We are borrowing forty cents of every dollar we spend. Not only are other nations as badly managed as our own, but they keep voting to stay that way.

“Next January, yours and everyone else’s taxes are going to go up to ensure that the government has enough to waste on studying why laboratory mice get drunk after imbibing Jack Daniels. Its prime function is to redistribute your money, if you have a job, to those who do not. That didn’t begin with Obama, but he has fast-tracked it.”

“While you struggle to make sense of your life it would be useful to know that the world is divided between the West where many nations are suffering mental and economic breakdowns and the Middle East which is stuck somewhere in the seventh century.”

“Do not believe anyone who says the future belongs to Asia. China has two big problems; a communist government and 1.5 billion hungry Chinese people who want to be just like those of us in the West. There was a time when we were told the future was Japan, but that didn’t work out either.”

“Having been cheated of a decent education from kindergarten to this point in your life, begin now to educate yourself for whatever it is you want to do in life because it is still true that knowledge is power. Money’s nice, too.”

I wish I'd read an article like that before I nearly bankrupted myself getting a worthless B.A. in History from the so-called "Harvard of The South" - Rollins College.

In the words of a wise man, "The game wasn't worth the candle."

The basic meaning of life is that we are all souls, from a higher plane, here to learn from the reality we face here. Anyone who stops learning, at any time in life, is delinquent (or at least off-track).

Great blog and great article. I myself graduated form University of Miami, class of 84!
Best of wishes

@Il Mango: Greetings fellow Hurricane. You made a great choice of a university to attend.

I paid for my own education. I had saved up money I earned during summer jobs.

I did get a good money from the Korean GI bill, but still, I had to drop out.

Than I went to work for CA Div of HWYS, quickly passed the Engineer in Training test, and had, through knowledge and experience, the equivalent of an BSCE.

@Alan: Ah! The good old days of the Schnellenberger era. Those were the days...Ciao