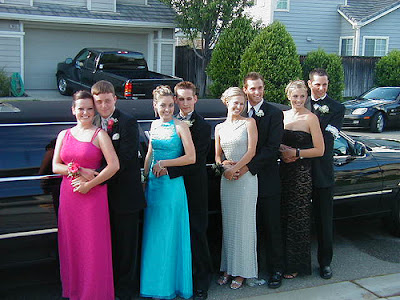 On May 2nd I received a news release from NuVo Condoms announcing that they “will donate condoms to any high school administration that would like to have a free supply of condoms available to distribute to students before their school prom.” The offer can also be found on their website, so—no—I am not making this up.

Two thoughts collided in my brain when I read that. First, I thought it was a devilishly clever public relations and marketing gambit. The second was that high school proms have apparently changed a great deal since I attended mine in 1955. The 1950s reflected the morals of the time when even a married couple on television like Lucille Ball and Desi Arnez of “I Love Lucy” could be seen to share a bed.

Another factor that altered the sex lives of teenagers and adults was the introduction in the 1960s of the birth control pill. It was Margaret Sanger, an early advocate of birth control who underwrote the research necessary, raising $150,000 for the project and it was Frank Colton and Carl Djerassi who came up with the first oral contraceptives, thus earning themselves a spot in the National Inventors Hall of Fame.

In the 1950s the condom was still the best way to prevent pregnancy and for many young men carrying one in their wallets it denoted their readiness. Suffice to say an unwanted pregnancy then and now was sufficient reason to avoid unprotected sex. Abortion was still against the law until January 22, 1973 when the Supreme Court in Roe v Wade concluded that women had a right to abort an unplanned or unwanted pregnancy.

One might conclude that a lot has changed but you might also be wrong. The Guttmacher Institute has been studying sexual and reproductive health worldwide and in a February 2012 fact sheet on “American teens’ sexual and reproductive health” they report that, while on the average young people have sex for the first time at about age 17, they do not marry until their mid-20s.

“In 2006-2010, the most common reason that sexually inexperienced teens gave for not having had sex was that it was ‘against religion or morals’ (38% among females and 31% among males). The second and third most common reasons for females were ‘don’t want to get pregnant’ and ‘haven’t found the right person yet.’”

Throughout history raging hormones have always been at odds with societal prohibitions, mostly advocated by religious institutions and by parents who are concerned for their children’s welfare and future. In present times, too, there is a greater awareness of sexually transmitted diseases (STDs) though the message has not reached as many teens as you might imagine.

Nuvo condoms say its message is about “having a positive, fun yet responsible approach to sexuality and sexual relationships.” Their proposal to provide free condoms to schools having a prom poses a moral dilemma. If the schools offer the condoms they are in effect condoning teen sex. Parents might not be so pleased about that, but parents who do not provide instruction about the need for condoms are shirking their responsibility. I suspect most do not want to talk about such things with their kids.

In my mind, the sexual revolution kicked off with the publication in December 1953 with the first issue of Playboy magazine whose editor-in-chief, Hugh Hefner is still with us today. It was initially funded in part with a thousand dollar loan from his mother! I was sixteen years old at the time and still have a collection of old issues in a box in the closet of my office. I am told they would fetch a nice price.

There are many other statistics about teenagers and sex, but my overall impression is that they are well aware of the potential for an unplanned pregnancy, but less concerned about STDs. They most surely grow up in a more “sexually liberated” culture and much of what passes for music, films, and television these days is either about sex or violence in one form or another.

Abortion and birth control are now the order of the day, but I am inclined to think that teens may not have changed all that much. I am probably wrong.

My prom was in 1971 and even then, you weren't getting THAT far with your prom date...