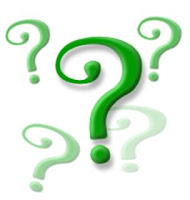 We are now into the third month of the Obama administration and every day has brought some fresh new horror for Americans to consider.

A constant state of fear is being augmented and exploited by the administration and I seriously doubt this is accidental. Indeed, I believe it is intentional.

When the Bolsheviks took over Russia, they instituted a campaign of terror that would last for decades under Stalin until Krushchev revealed the truth. The drumbeat of fear is right out of the communist handbook on how to rule the masses.

The Obama administration is engaging in the total politicization of science. Its views on global warming have no resemblance to published studies or even common sense. Global warming is not happening, nor does the United States have to convert to Green or “clean” energy.

Carol Browner has been lurking around setting environmental policy first during the Clinton years as director of the Environmental Protection Agency and now as an Obama advisor on environmental policies. She is a former Commissioner of the Socialist International as well as a member of the Commission for a Sustainable World Society which calls for “global governance.” She has the potential for inflicting ever more insane environmental regulations on all of us.

Meanwhile, the new EPA Director, Lisa Jackson, who formerly worked under Browner when both were at the agency, says she wants the EPA to regulate carbon dioxide, the alleged “global warming greenhouse gas.” Only there is NO global warming and there is NO scientific proof that CO2 plays any role in driving climate change.

One Obama appointee after another hold views that have little relationship to reality despite their academic resumes. Steven Chu, the new Secretary of Energy, is on record saying that coal threatens the environment. Obama’s science advisor, John Holdren, in the 1980s was predicting massive famines because of global warming. It’s one thing to be wrong. It’s another to be wrong and to hold a high level government position.

Other advisors, those men and women who help set policy, are a frightening collection of dedicated socialists and totally loony environmentalists. His most recent proposed addition, Charles W. Freeman, as chairman of the National Intelligence Council has long, deep and money connections to the Saudis and openly professes to believe that Jews secretly run the world.

Freeman is also on the international advisory board of the China National Offshore Oil Company. They had been exploring for oil off the coast of Cuba. Apparently it’s okay to drill for oil there, but American oil companies cannot do the same thing in 85% of the U.S. continental shelf, nor in ANWR where billions of barrels of oil remain off limits.

Legislatively, the new Secretary of the Treasury, Timothy Geithner, is all for reducing tax incentives for charitable giving at precisely the time when thousands are out of work and in need of whatever assistance local or national charities can provide.

On March 5th, Reuters reported that Geithner told Congress that, “U.S. oil and natural gas producing companies should not receive federal subsidies in the form of tax breaks because their businesses' contribution to global warming.”

Indeed, an excise tax of 13% on oil and natural gas produced in the Gulf of Mexico is being contemplated by the administration in order to raise $5.3 billion from 2011 to 2019. During the Great Depression of the 1930s, excise taxes were levied on virtually everything consumers needed and used. These taxes ensured that the Depression would not end until the intervention of World War II.

On a daily basis, news from the Obama administration all points to a deliberate effort to impoverish Americans in general and harm the economic growth of energy industries on whom we all depend for oil, natural gas and coal. In the process, all other industries will suffer as well.

The formula is simple: no energy means no growth and, worse, threatens the very lives of Americans if we begin to lose a stable flow of electricity to our homes and businesses.

In less than three months, the Obama administration is turning out to be the worst nightmare for Americans who are mired in a financial crisis that, applying its proposed solutions, can only grow worse.
Posted by Alan Caruba at 12:44 PM

We're only into the second month of The One's administration, Alan. It just FEELS like 3 months. Or is that "years"?