"I am not an ideologue" (Yeah, sure, whatever) 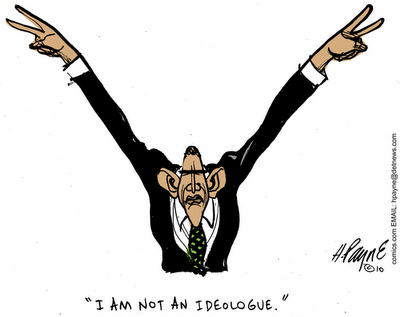 Maybe he'll resign in disgrace too, Biden can pull a *Ford* and pardon him...

Look ... his lips are moving again!

Instead of Robin Hood, he's
Barry frum Da Hood.
Yall notice how he acts similar to Adolf, Saddam, Cesar...or is it just me?? Well we know what happened to them...

Ol James...I agree he has the potential for dictatorship if he thought it could be seized...that, however, is not a realistic option in this nation. The people would be in the streets before they let that happen.

Yes, We the People would be in the streets, but we would be reduced to throwing rocks as our 2nd amendment rights are whittled away day after day.

The government that tried to take guns away from law-abiding Americans would have cause for second thoughts.