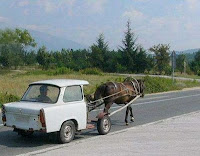 If you think that you are going mad, based on the statements out of the White House and Congress, let me assure you that you are sane, but those in charge of governing the nation appear to have lost their wits.

The Democrat’s third-ranking House leader, Rep. James Clyburn (D-SC), during an appearance on Fox News asserted that “We’ve got to spend our way out of this recession.” It is his view that “We’re not going to save our way out of this recession.” So saving money is bad. Spending money we are borrowing at a rate of a billion dollars a day is good. If that sounds insane, you’re right.

In defending his new budget, President Obama declared that “Already, we have made historic strides…to cut wasteful spending.” The problem with that is that his budget proposal, for a second year in a row, would increase federal spending as a percentage of the Gross National Product at a higher rate than any time in the past 65 years. Fully a quarter of the GNP would be sucked up and spent by the government.

As we all know by now, because the President keeps telling us, that everything that happened last year was the fault of the previous President, George W. Bush, but it turns out that President Obama proposes once again to spend 30% more of the GDP than Bush.

President Obama has also given notice to the United Nations that the U.S. would agree to the Copenhagen Climate Change Accord to reduce greenhouse gas emissions. It is reported that this means a reduction of “carbon emissions by 17% from 2005 levels by 2020.” This would be contingent on the passage of the Cap-and-Trade bill lingering in the Senate.

The reduction of greenhouse gas emissions is based on the now widely discredited global warming hoax that blamed carbon dioxide for the non-existent rise in the planet’s temperature.

Thus, the Cap-and-Trade bill is, itself, a hoax and, worse, would increase taxes on all energy use for all Americans. The reduction that President Obama calls for would require a return to the days of horse-drawn vehicles and an end to manufacturing and other activities dependent on oil, natural gas, and coal.

The Environmental Protection Agency has announced its intention to regulate carbon dioxide, the gas other than oxygen on which all life on Earth depends. Its justification for this is, of course, global warming. It requires a lot of gall to ignore the fact that the Earth entered a cooling cycle in 1998 that is likely to last another decade or two.

If the insanity emanating from the White House, Congress and the EPA is not enough, over at the United Nations last Monday the Human Rights Council met in Geneva. It was presided over by Halima Warzasi, a woman whom UN Watch notes “personally shielded the Saddam regime from international censure over the (Kurdish) gas attacks.” She was preceded in the chairmanship by Alfonso Martinez of Cuba. The Council’s principal members include China, Cuba, Russia, Pakistan and Saudi Arabia, none of which are famous for their attention to human rights.

Also last Monday, one brief moment of sanity; Ali Hassan al-Majeed, also known as “Chemical Ali” for having ordered the poison gas attacks on the Kurds, was hanged.

To Americans struggling with debt, with mortgages that cost more than the present value of their homes, and, for many, with unemployment, the notion that the nation would end the Bush tax cuts while raising taxes at the same time it is borrowing and spending money at an unsustainable rate is a good definition of madness.

In November, the Obama administration released a report stating that more than $98 billion in taxpayer dollars spent by government agencies was wasted. The main culprit according to the report was Medicare, a program that the same administration via its “healthcare reform” legislation wanted to expand by adding millions more to its rolls.

So you may be forgiven for thinking that something is terribly wrong with the White House and Congress because it is.
Posted by Alan Caruba at 8:57 AM

Alan, all I can say is there is no method to all this madness.

I have yet to capitalize this man's name. My little way of rebelling..

Mr. Caruba, the more the man or any of congress opens their mouths, I want to scream. The way they are living- flying all over the country and the world, spending millions on crap like global warming, it's making me sick. What the worst thing is, when they say it's time to tighten belts, then turn around and spend, print and borrow- all the while having gourmet chefs flown into the white house every day- I want to scream. I want to scream when people I care about, but happen to be democrats, think these greedy, pompous, arrogant, power hungry, elitest hypocrites are for the little guy?!!! Lord, I pray people will WAKE UP! They could care less, all they care about is power for them at any cost.
Thank you again for letting me rant, and God Bless you for always posting the truth!

Rant on, Carolyn. It's the equivalent of what I do every day.

A poem from a book my Dad gave me when I was a teen seems appropriate to the situation, the first line of it being...

"If you can keep your head when all about you
Are losing theirs and blaming it on you; "

Line by line, Lefties fail to measure up.