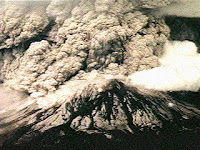 As I predicted, news from Haiti in the wake of the Jan 12 earthquake that leveled Port-au- Prince has become a trickle. Even a catastrophe of such proportions, thousands dead, a city in ruins, et cetera, does not hold the world’s attention for long, but a month later, on February 11, a 4.3 magnitude earthquake hit Chicago and there was barely any notice taken in the mainstream media.

As February began, The New York Times took notice that, “Hundreds of Quakes Are Rattling Yellowstone.” My first instinct was (and is) to dismiss the Times as a source of science-based information. This is the same newspaper that, a few years back, declared that the North Pole was melting and, of course, it continues to publish utter nonsense about a non-existent “global warming.”

To his credit, reporter Kirk Johnson put the Yellowstone activity in context, noting that the second-largest ever recorded swarm of quakes “is more a cause for curiosity than alarm.” In fact, another swarm of more than 1,000 quakes had struck the park just over a year ago with the largest recorded occurring in 1985; over a three month period, there were 3,000 earthquakes.

All the quakes noted, however, are way down on the Richter scale, barely felt and noticed thanks only to sophisticated seismic detection equipment. In total, the February swarm was the 80th in the last fifteen years. Yellowstone, however, is special because it is the largest volcanic caldera in the United States and, should it erupt, the destruction would be unimaginable. Like Mount Pinatubo in the Philippines, it could fill the atmosphere with so much material that it would likely alter the weather around the world for a while.

One, however, has to ask if there is a connection between Haiti, Chicago, and Yellowstone’s rumblings. Clearly there is movement of the Earth’s tectonic plates and it is occurring in our neighborhood.

We have been told for years that the San Andreas Fault is likely to deliver “a big one” again to San Francisco or Los Angeles, but it is the nature of people to push such things to the back of their minds and perhaps that is the best thing to do. No one can truly “prepare” for an earthquake.

There are, however, magnitudes of disaster. My friend, Robert W. Felix, author of books on the coming ice age and about magnetic reversals when the magnetic poles reverse—-your compass would point south instead of north—-says “I do know that smaller eruptions have occurred in sync with magnetic reversals and in sync with the beginning of previous ice ages.”

A magnetic reversal occurs when the protective magnetic field around the planet has a precipitous decline in field strength. “And since our magnetic field strength has declined by two-thirds during the past 2,000 years,” says Felix, “the rate of decline has been speeding up.” (Check out his website at www.iceagenow)

Despite the greatest hoax of the modern era, “global warming”, Earth has entered yet another cooling cycle that could last a decade or two, maybe longer. The planet is at the end of an interglacial period of 11,500 years and is due a new ice age. Maybe not tomorrow or next week, but the science says it is inevitable.

When you put together an increase in volcanic activity, a decline in the magnetic field strength of the planet, and the approach of a new ice age, it suggests that life as we know it on Earth is going to become a far bigger problem for all species.

All these rumblings are telling us something.
Posted by Alan Caruba at 10:12 AM

..hmm..I don't know Mr. Alan.
I reminds me that there is something bigger than us.
And you can't legislate your will onto the planet.
I think the Old Gray broad needs to be put back in the home. Her dementia seems to be running rampant. Probably because most of the journalist and editors are what happens when you grade on the curve...

I believe there's changes coming on the earth Mr. Caruba- and I'm sure signs point to different things, but my beliefs while many people don't agree with, people are sensing big changes and something coming. God Bless! Have a great weekend Mr. Caruba

Alan, as a geophysicist I can tell you that any changes that do take place are normal and likely to occur on scales much greater than human lifetimes, probably thousands of years rather than tens. No one alive today need fear that Yellowstone will erupt imminently, or that we'll be covered by mile-high glaciers again anytime soon. These types of scare tactics are used by those who need to drum up funding for their particular scientific specialty.

I founded The National Anxiety Center in 1990 to debunk "scare tactics" so I am certainly hopeful you are correct.

As to the commentary itself, it only "connects the dots" of current earthquake activity and then takes note of the biggest volcano in the US and its recent seismic activity.

I hope I did not convey a message that anyone was in immediate danger, but then I am pretty sure that no one in Port-au-Prince thought they were either.

The only ones in immediate danger are the morons running this country when the earthquake of truth shakes people up and citizens erupt in a volcano of revolution :)

Everything is cycles and the clue is working out where we are in the middle of it.

The problem is we have squandered our wealth on the non existent AGW and we are now too poor to thoroughly investigate real problems.

Change is the only constant. Too many folks don't really understand that the Earth is a slowly convecting mass of mostly molten rock hurtling around a variable star at great speed.

@Jedi: You have said it very well. One factor I failed to include in my commentary was that Earth gets jerked around by the Sun's gravitational pull and it, in turn, gets jerked around by huge planets like Saturn and Jupiter. This may explain why Earth's tectonic plates react to these factors.

Shall we all go live under a rock? Shall we labor to prepare for living in giant sheets of ice? Suicide, anyone? Volcanic activity goes up, it goes down. Sun spot activity increases and it decreases. Nothing is permanent, the only constant is change. Blah, blah, blah. Who knows what lies in the future, I do know that scare sells. Yes, a 4.3 EQ in Chicago is interesting, but given that there were 3 huge earthquakes (possibly 8's,for crying out loud) in the Mississippi valley in the winter or 1811 and 1812, and that was followed by the year with no summer, 1816, the result of volcanic activity in the East Indies (Mt Timbora), represented, arguably, as the largest eruption in RECORDED history. Can you imagine the fear mongering that would be occurring if those events happened in the past ten years?? Take a look at the near hysterical rantings that these natural occurrences stirred among people supposedly far less educated than today. Reminds me of the crap I read every time nature does something out of the ordinary.

First, the Carbon Dioxide thing is wrong. CO2 conducts heat AND COLD. Not just heat. That means the Earth will go to an average temperature planet wide. If it is 140 degrees on the Sahara and 180 degrees minus at the South Pole You will have a gradual averaging until both places have the same temperature. That will effect all the geology on the planet. Drastic changes mean expansion and contraction. That means vents like volcanoes and cracks like faults will act up. Yes, Yellowstone is a big contender. So is St. Helens. You are right about a mini-ice age as a result of the averaging. The magnetic change might all ready be occuring. I saw on television about a gradual reversal all ready taking place in the southern hemisphere around the 30 degree mark. It was either History, Discovery, or national geographic on a program called Earth.

Carbon Dioxide conducts heat and COLD. Increased CO2 will produce an average effect. That means extremes of temperature will be averaged until the entire planet has one temperature. This will take years to take place.
Thus you have a colder climate planet wide. Short term you should have a mini ice age.
If the entire planet goes colder, will the contraction mean vents like volcanoes will activate? I think so. Will Faults go active? I think this will happen also. St. Andres would be one prime choice. So would the inactive fault lying under the east where the Mississipi is. Yellowstone is a prime candidate for change as is St. Helen going off again.
I saw on a program called Earth on the cable where they think the reversal has started 30 degrees south already. It was on a couple of weeks ago. So that might be evidence that it is going to occur a lot faster than anyone realizes.

Good Point that the people in Haiti were not expecting an earthquake. We should all make some level of preparations for a disaster. Disasters happen.

There is a famous quote that "Failure to prepare is preparing to fail."

Start by storing a week's worth of drinking water for you and your family. Then build up from there.
Small disaster preparation steps will add up to make you disaster ready.

I think Norm {post Feb 14 10:00AM } is right on the money. It is our obligation as members of a civil society to be responsible enough to prepare for un-forseen "disasters". Whatever might occur. We can't count on anyone but ourselves for immediate survival needs following a "disaster" for a period of 2 weeks to 1 month. The other option is chaos, riots, interruption of food supplies, fuel supplies,etc, due to the government's inability to respond to a major disaster. An unprepared populous will disintegrate into an unimaginable reality. And perhaps most importantly, you also need to be prepared to defend yourself ,family and home from scenes out of a post apocalyptic survival film. It's not a matter of if, it's a matter of when. Pray for Peace. Really often.

I agree that a basic level of disaster preparedness is just common sense. There really is nowhere on the face of the Earth that is immune to some kind of natural disaster be they earthquakes, fires, tornadoes, or hurricanes. It is a good idea to store emergency food, water, power sources, shelters, and recovery tools. Even if you personally are not a victim in a disaster, your preparations will keep your family fit while aid goes to the more needy, also many times the first responders to a disaster are civilian neighbors. To me preparation is about more than securing myself and family, it puts me in the position to help others much faster than large scale aid can be deployed.

A political disruption of revolutionary proportions is far more likely than any geological or climatological shift at this juncture. The percentage change over the last century in people's attitudes and beliefs regarding government, religion, and society, (and the growth of government and religion in response to those changes in belief, especially escalating in the last decades) are far more alarming than any measures of change in nature. We are far more likely to be facing a new Dark Age than a new Ice Age.